Today even the “credible” and “reputable” media outlets are more interested in click$ than the truth. They’ll make up rumors & report whatever they want just for mass attention/views. It’s sad. Be careful consumers. My younger cousin did NOT buy a house. #leavehimalone #FakeNews
Top

“My father’s art and music will always make everyone happy. I love you Daddy.” #BigiJackson

And Paris Jackson and her The Sound Flowers bandmate turned boyfriend, Gabriel Glenn were on set filming their first music video this past weekend.

The pair, in typically retro styled clothes, filmed the video on location at a vintage motel outside Los Angeles.

Sharing snippets from set to their band's Instagram, they showed Gabriel skateboarding around the empty pool, and a retro camper van parked outside the midcentury modern style building. 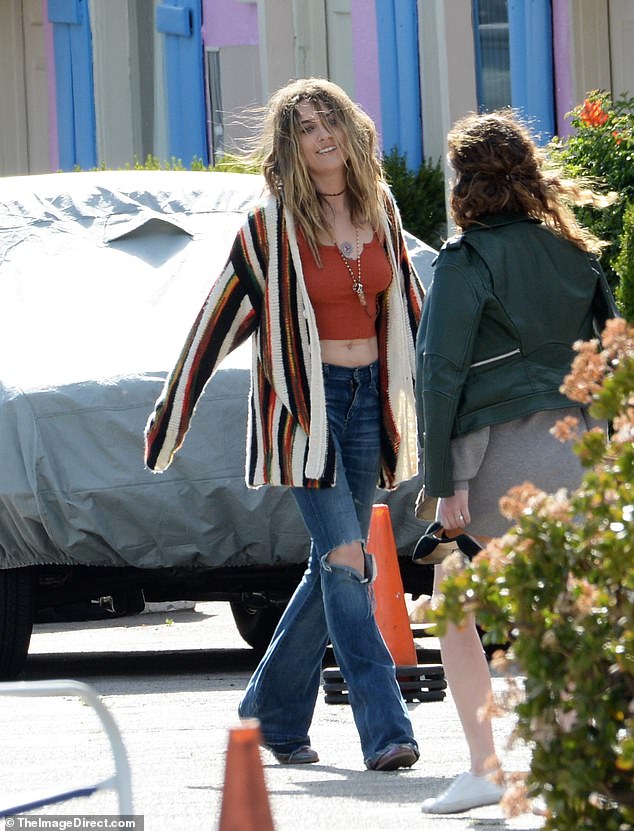 Back in December, the band posted to Instagram that they were 'done' with recording.

Sharing a mocked up aged picture of himself with Paris, Gabriel wrote: 'After 100 yrs in the studio, we are proud to announce that we are finally, officially, done recording! Get ready, stay sexy and if all else fails kiss a stranger.'

Paris, 21, has been dating her bandmate for nearly two years and regularly shares pictures of them to Instagram.

On February 13 she wished him the 'happiest of birthdays' and dubbed Gabriel 'this special soul'.

Also on set at the weekend was Paris' younger brother, Biji, aka Blanket.

Biji, who just turned 18 last month, was seen wearing a faded Marvel T-shirt as he supported his sister, one of the two siblings from his late musician father Michael Jackson.

The teen has just bought his first home - a $2.6million luxury property in Calabasas, California, in one of the area's gated communities, with guards patrolling all day and night. 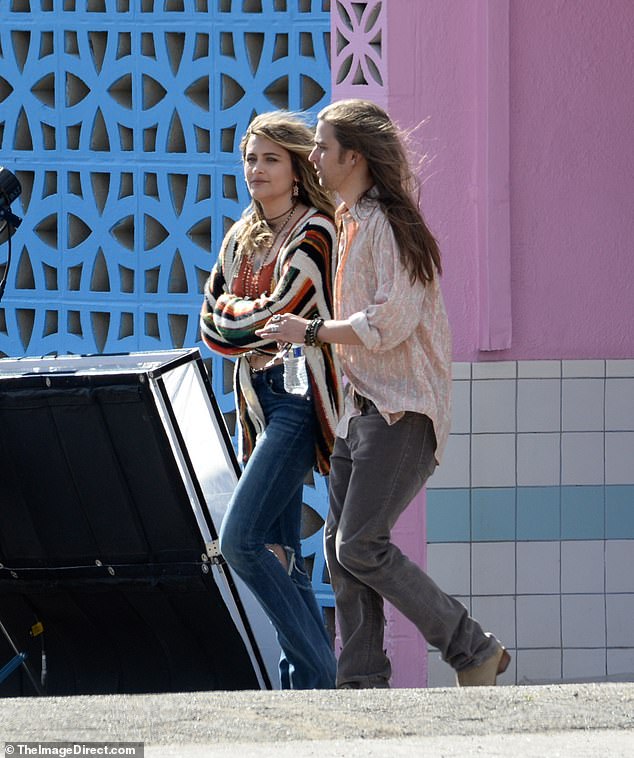 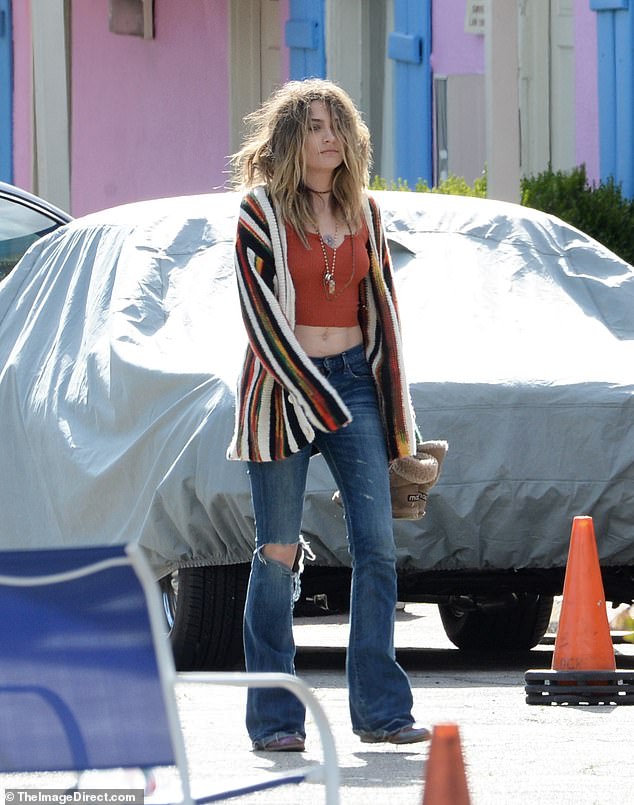 Prince said: 'My dad was always a strong believer in going for what you want and 'go follow your dreams and chase your dreams.

'So for us to be able to kind of sit there and hopefully make a career about talking about film and looking at film - my brother wants to be a director, I love producing - it's just, it's definitely, there's some form of guidance there that kind of is ushering us into the next generation.'

He revealed the goal for the channel on the video sharing platform is to 'bring an educated yet family-friendly vibe' for viewers tuning in.

He explained: 'Right now, it's just me, my brother, and my cousin Taj, one camera in a room in our house, and we're really focused on reviewing movies and current movies as they come out.' 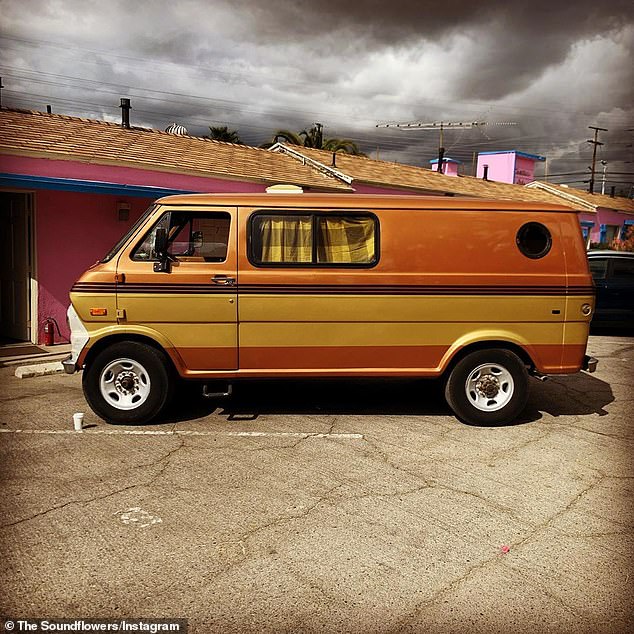 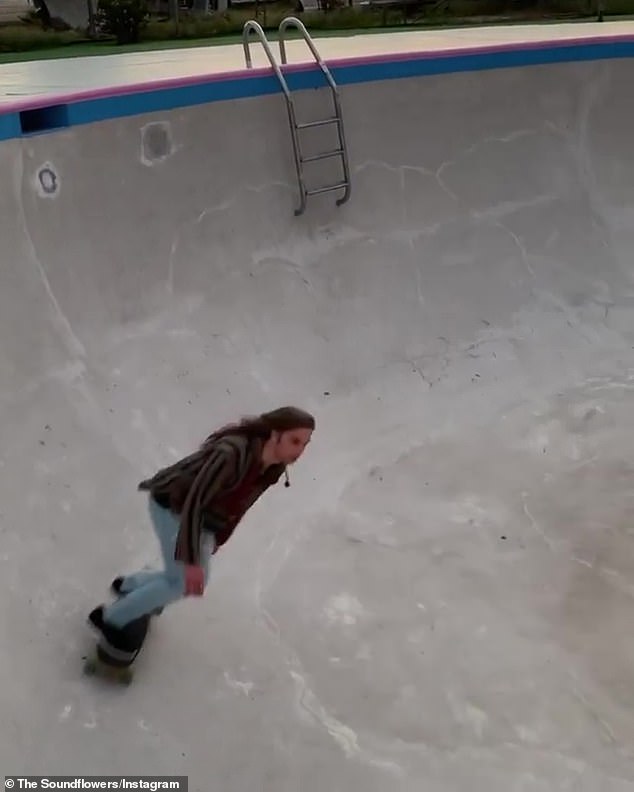 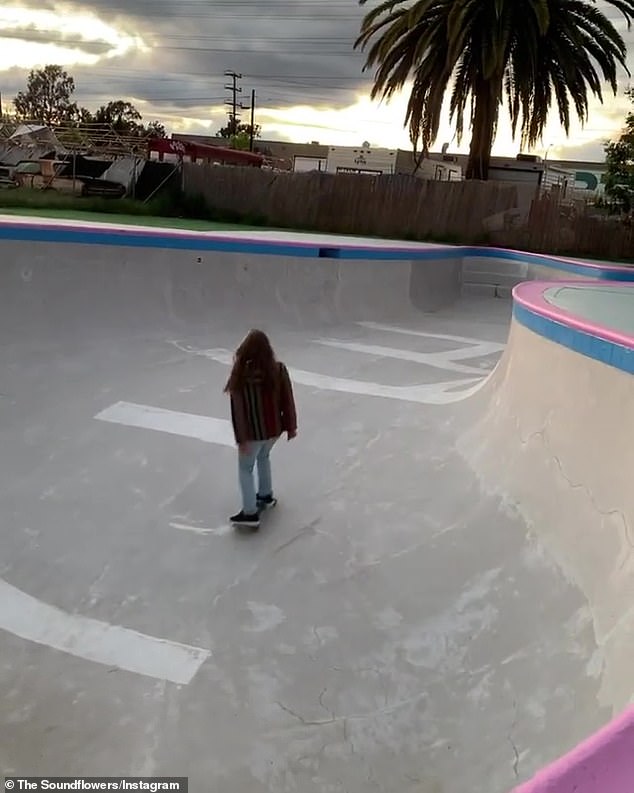 So LA: The musician made use of the concrete bowl
Top

Paris Jackson suggests how to ward off depression and anxiety while self-quarantining as she hides out with her beau: 'Don't emotionally isolate'
Coronavirus symptoms: what are they and should you see a doctor?
By HEIDI PARKER FOR DAILYMAIL.COM

Paris Jackson does not want her fans to get depressed or feel anxious when they are self isolating during the spread of he coronavirus.

On Tuesday evening the 21-year-old model and singer told TMZ that even if someone is home alone they can still go online and chat with others to shake the blues.

'I think it helps that we live in a day and age when education is so easy so you can talk to talk to someone on the other side of the globe - that definitely helps to stay connected with other people.' 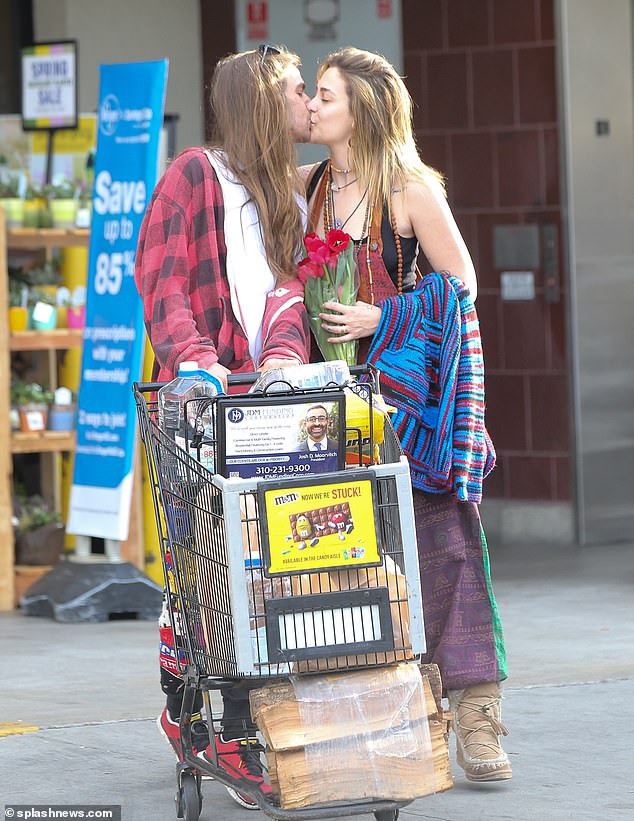 She has a honey at home: With her boyfriend, musician Gabriel Glenn, in April 2019

The Chanel model was questioned when on a street in what appeared to be Hollywood. her mood was relaxed as she took time to deliver thoughtful answers to help her fans.

'I think this is pretty tricky bc as humans by nature we are social creatures which is why we have lived in communities and tribes,' said the beauty while wearing a hoodie on a street in Hollywood.

PHOTOSHOPPED BUT WHAT A NICE SENTIMENT 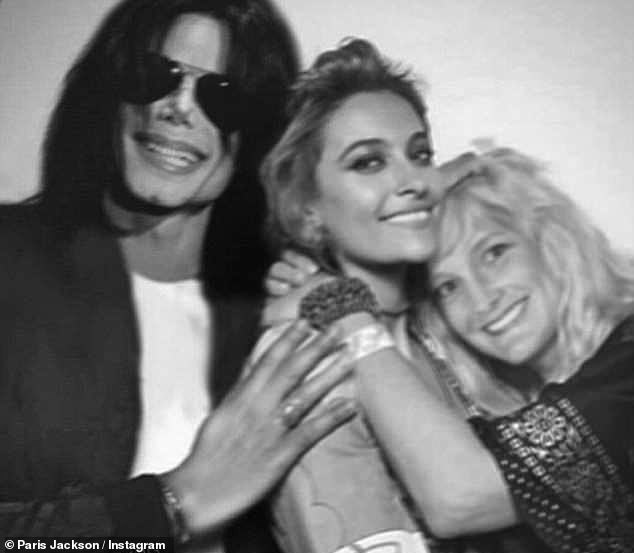 Her folks; With dad, the late Michael Jackson, and her mother Debbie Rowe

'I think it helps that we live in a day and age when education is so easy so you can talk to talk to someone on the other side of the globe - that definitely helps to stay connected with other people.'

'There are a million different ways to handle anxiety and everyone's coping skills are different but I encourage everyone to try.'

Paris, who wore her hair back and looked pretty with eyeliner and lipstick on, said: 'Paiting is amazing, any kind of expression is good.

And she also stated that calling friends and 'feeling connected' goes a long way.

Paris was polite with the reporter named Joe and said it was nice meeting him, which is unusual for a young star.

She also gave a 'namaste' goodbye to Joe instead of shaking his hand.
Top

They are bonded, in part, by being the children of famous singers.

And on Friday, amid the coronavirus quarantine, Paris Jackson practiced electronic social distancing by getting on a video chat with cousin Austin Brown and Evan Ross on Friday.

The trio, who are all singers in their own right, are just the latest celebrities to try to keep contact with loved ones, via the HouseParty app, as the health crisis wages on around the world. 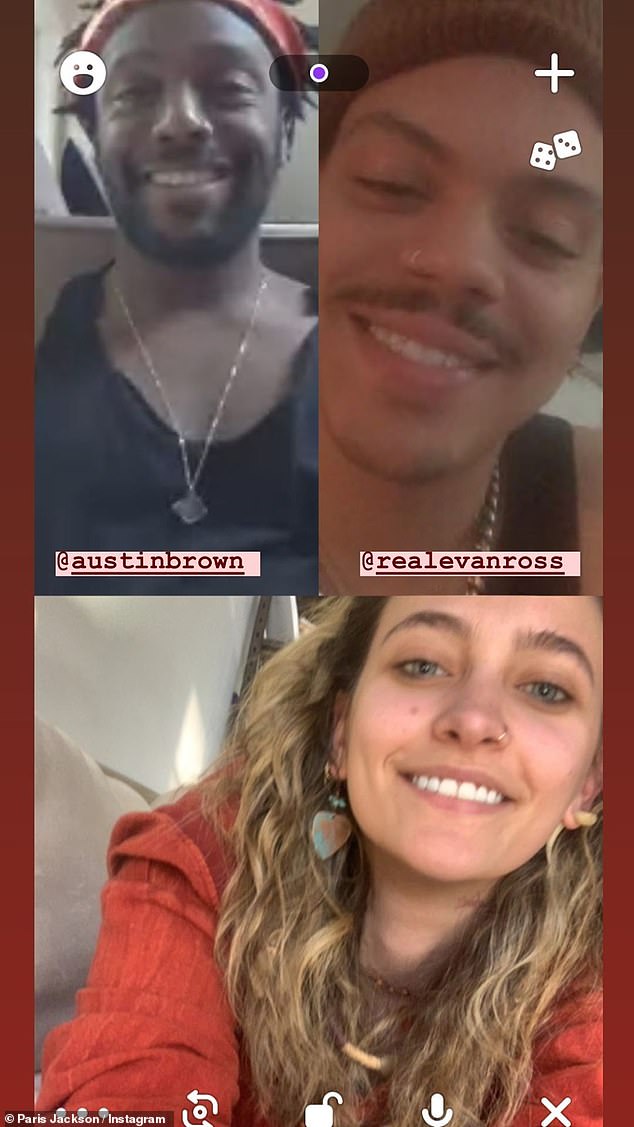 For the video chat, Jackson, who's the only daughter of legendary King Of Pop Michael Jackson, appeared upbeat while sporting her usual hippie-chic style.

The 21-year-old wore a 1960-early 70's retro orange top and her light brown tresses in a slightly unkempt style.

She flashed a big beaming smile while chatting with Brown, who's the son of Rebbie Jackson, Michael's sister.

Looking equally happy to mingle while in sequester, Ross, the son of the legendary Diana Ross, also appeared upbeat despite the recent dark days amid the spread of COVID-19. 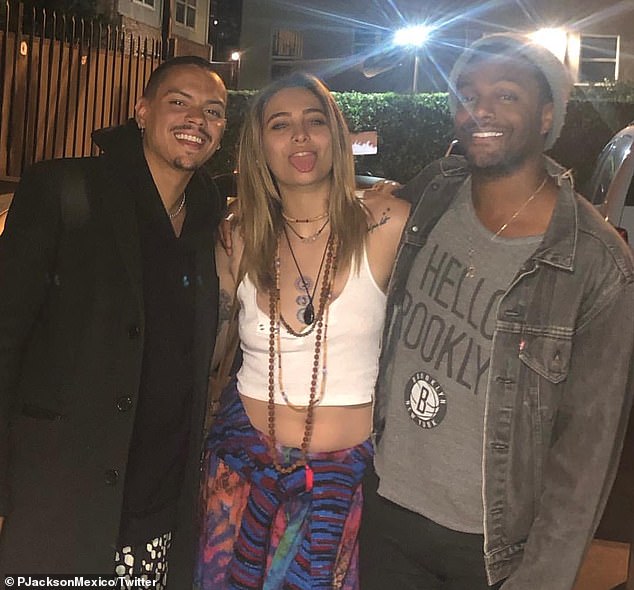 History: Jackson, Brown and Ross are bonded, in part, by being the children of famous singers; they are seen in a file picture

Turns out Jackson heeded her own advice by keeping contact with Brown and Ross.

During a recent interview with TMZ, the Los Angeles native urged people to stay connected with their fellow humans during this crisis to help stave off loneliness and anxiety.

'I think it helps that we live in a day and age when education is so easy so you can talk to someone on the other side of the globe – that definitely helps to stay connected with other people,' she said before adding, 'Don't emotionally isolate.'

She went on to add that these sequestered times are ' pretty tricky because as humans by nature we are social creatures which is why we have lived in communities and tribes.' 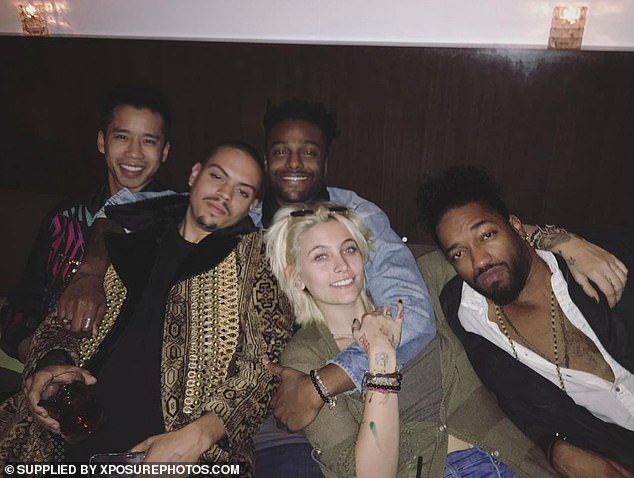 Brown, 34, served as a songwriter and producer on Ashlee + Evan, the 2018 debut EP for the married musical duo Ashlee Simpson and Evan Ross, 31.

He also made regular appearances on the couple's reality series that documented the making of the EP.

Jackson has worked as a model and a singer for the the musical duo The Soundflowers with Gabriel Glenn, whom she has dated since March 2019.
Top

Hey everyone. I hope everyone is staying safe and healthy through this Covid-19 virus, but most importantly a positive mindset. I haven’t been active on social media because I didn’t want to add to the panic and I’m…
Top 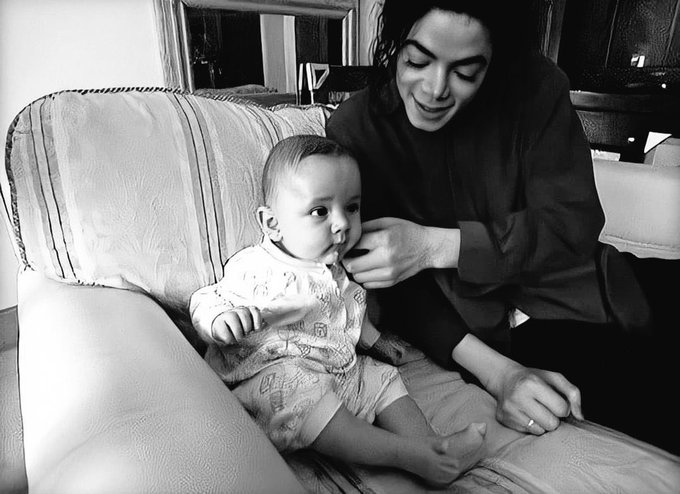 .Well, I enjoy taking care of my children myself. It's fun. It's why I had them. So I could take care of them. It's great relief for me. It's pleasure. It keeps me happy and laughing. They're wonderful, sweet, innocent children...They mean... It's hard to put in words, because they mean everything. The way you would explain how your children make you feel... They're the world for me.
I wake up and I'm ready for the day because of them. I get them breakfast,
I change diapers, if they want to read, we do a lot of reading, we play hide and seek, we play blind fold, and I have a wonderful time with them...I do my best. Sure. I want to be the best father in the world, of course." #MichaelJackson
Top

“I thought I was prepared to be a father, but I wasn’t. All my life I’ve read about how wonderful children are. People would go, “What is up with you and babies?” I am always reading child psychology books. But it’s so much more joyous than even that. Prince and Paris changed me in so many ways. I learn as much from them as they learn from me. You learn about having a good heart and being a good-spirited person. And the way I am, I try to imitate them. People always say, “Act your age.” But I try and act more like children because they are the innocent, they are God-like, they are pure. I try to be as humble and sweet as they are.” #MichaelJackson
Top

Michael Jackson used his massive platform & unmatched talent to shed light on the world’s problems, but also on our capacity to be a force for change, for the better. He wanted to heal the world & he gave his all to do that.
Now his children continue his legacy.
#HealTheWorld2020 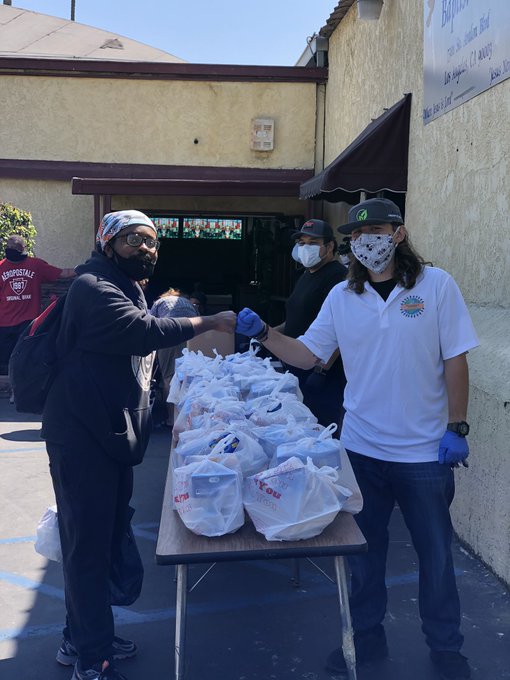 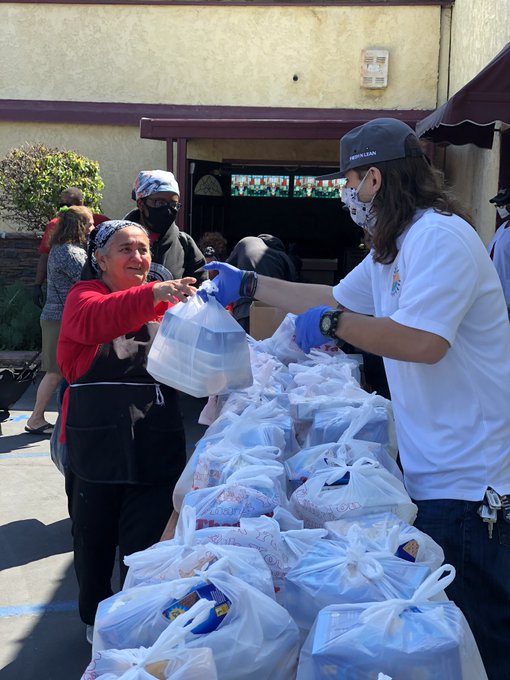